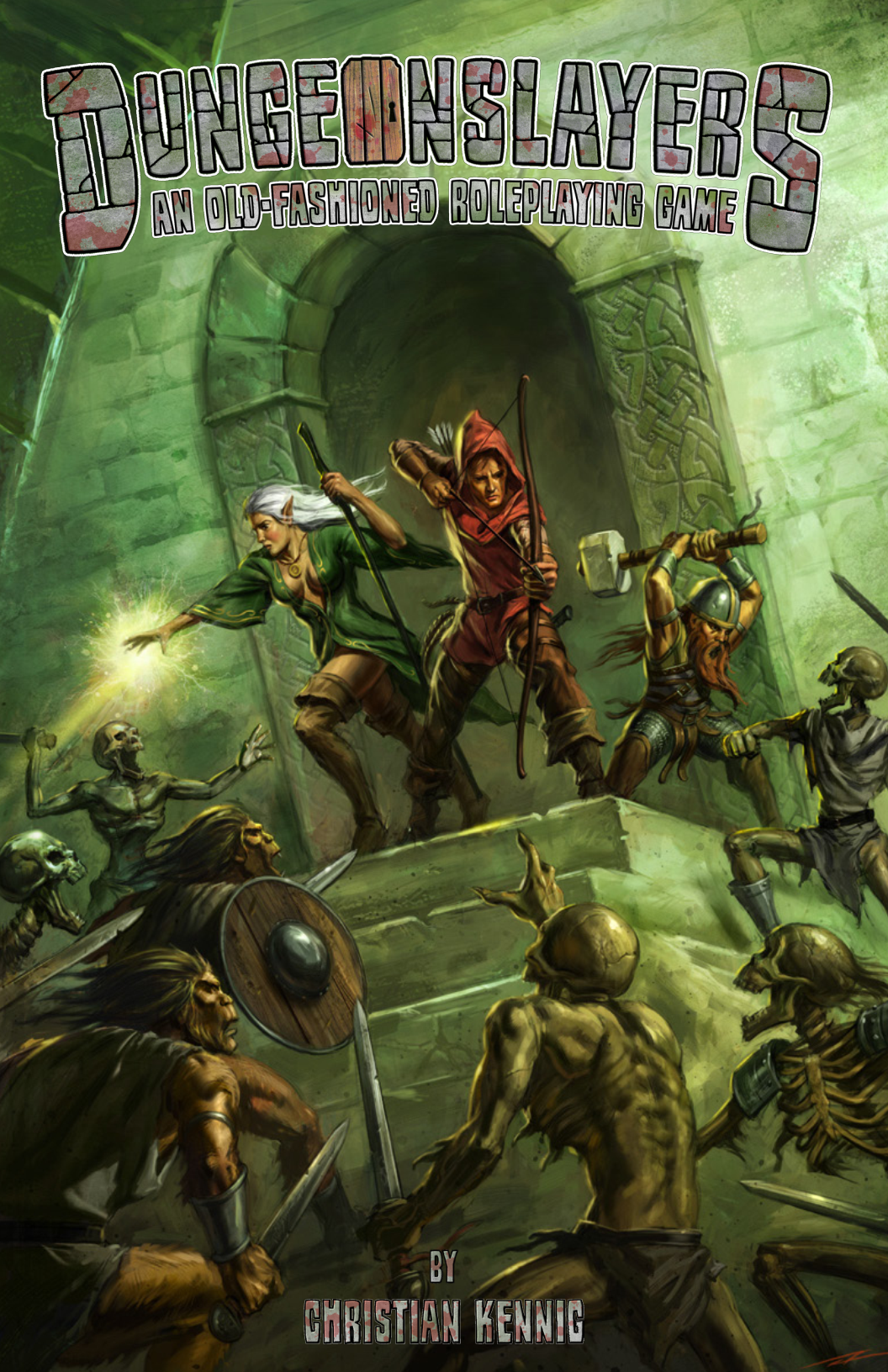 Dungeonslayers is a German Creative Commons fantasy RPG. It can be found for free online, though sadly the official website seems to be down as of writing this post.

Dungeonslayers is a rules-light generic dungeoncrawling fantasy RPG meant to play like D&D, while actually not being anything like D&D at all mechanically. See, this is NOT an OSR game, it has no design DNA from any edition of Dungeons and Dragons. Which is good, because D&D kinda sucks, the OSR really sucks, and this is probably the best D&D-alike I've ever read.

If you want to play like Old D&D but without all the fucking hassle and dated crust of it, this is your game.

So, let's kick things off with Character Creation!

So, making a character. We'll just go step by step! First off, is choosing your Race.

Now, the book comes by default with the standard Human, Dwarf, and Elf, but... that's not really it. See, Dungeonslayers has race building rules. By combining "racial traits" to make up the special abilities of whatever fantasy critter you want to play, and then just give them a +1 bonus to one if their Traits. I'll do a quick example:

Let's say we want to build... let's say a Half-Giant for a big-ol-boy race. Let's give the Trait bonus a +1 to Strength, as befits half-giants. The Racial Abilities are balanced as such: each ability has a Racial Point cost, and any given race can't have more than +2RP worth of abilities. Some abilities are negative cost though, so boom, balance. While the default traits aren't universal, what is there gives enough of a guideline that you could easily homebrew your own.

So, Half-Giant. Let's start off by giving him Large at +4 RP. This doubles their HP while making them easier to hit in a fight. So we need to shed 2 points off that. Let's do that with Slow (-1RP, movement rate is reduced by 1) and Magic Resistance (-1RP, magical effects are halved. Includes friendly spells and healing). This gives us +2! So we have Half-Giants as Strong, Large and tough as hell, but sluggish due to their size and possessing a natural resistance to magic that is a double edged sword. Easy!

Next we pick our Class.

At first you have 3 classes to choose from: Fighter, Scout, or Mage. Mages also have to decide whether they want to be a Healer, Wizard, or Sorcerer, which affects what spells they can learn. Each class also gives a bonus to one Trait.

Then we get to Attributes and Traits.

There are three Attributes and six Traits, with two traits being paired with each attribute: Body with Strength and Constitution, Mobility with Agility and Dexterity, and Mind with Intellect and Aura. You distribute 20 points between your Attributes (max of 8) and 8 between your traits. Then you factor in your Race and Class bonus and boom, done, easy.

The next step is for Mages only, picking their first level spell. Yep, they only get one, based on what sort of Mage they are: 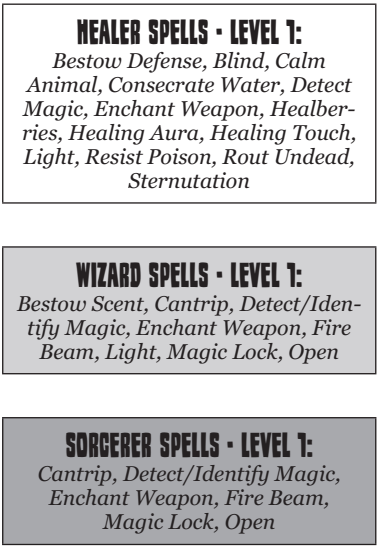 Next is equipment! All characters start with your basic adventuring kit (Clothing, flint and steel, water skin, 2 healing herbs, a blanket and pack) and 10 Gold Pieces to buy weapons, armor, and anything else they want.

The eighth set is Math! Because here's where we calculate all our lovely derived values and such! Thankfully these are fairly simple: 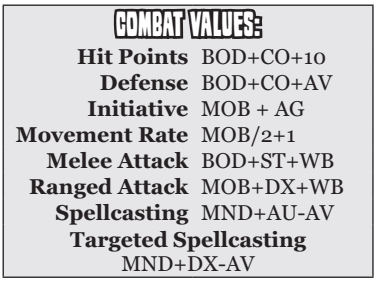 One neat thing you may notice is that Spellcasting and Targeted Spellcasting are two different things: Targeted is used mostly for hostile spells against another being.

Finally you get a Talent! This is a combination class ability and feat equivalent. It's what lets a system with only 3 classes actually have a ridiculous amount of flexibility in character builds! Note: Some races can get 2 talents to start with (Humans).

Well then you do the whole name them, figure out their backstory, etc. parts but overall we're done! And this is what a final character sheet looks like: 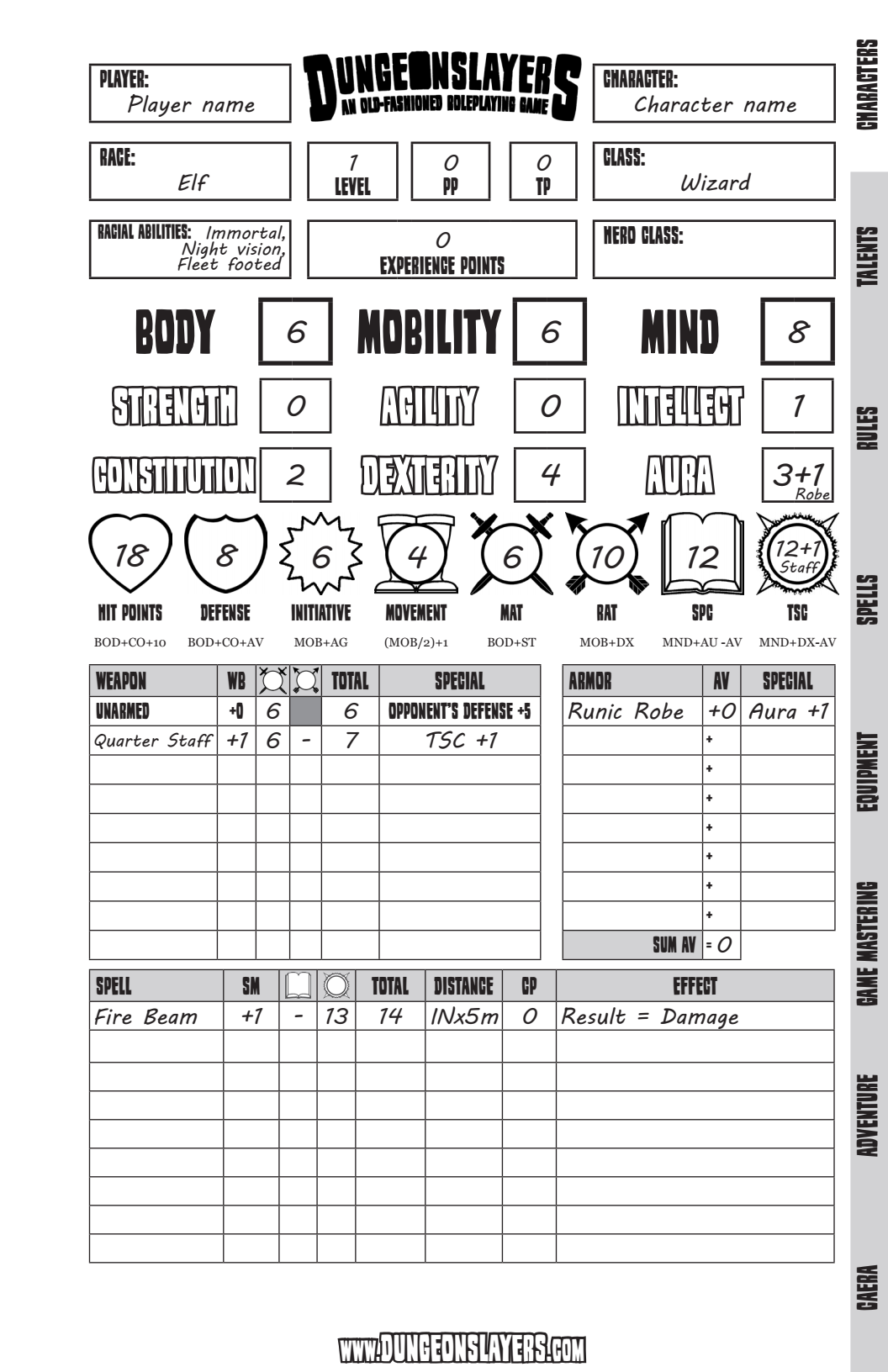 Next time we'll go into Leveling Up, Hero Classes and Getting Buff!