Of Gods and Relics by Ulta 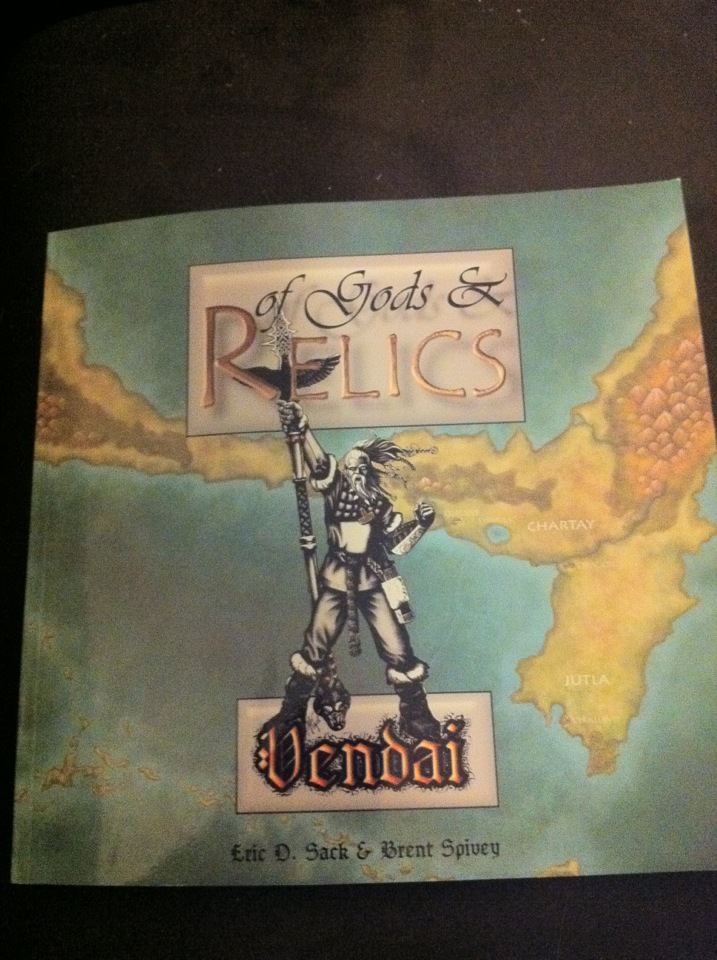 Of Gods and Relics (OGAR) is a game that came out recently by some local guys. Their site is here http://www.randomencounters.net/Of_Gods_and_Relics.html . This is going to fall under the "Obscure" section as it seems like there is actually a really good game in these pages. I haven't played it yet, but I'm hoping to, and hopefully I can meet the developers at some point. Lets start!

To give an overall summary, OGAR is a game about Vikings who live in Not-Norway. Ragnarok is about to break out, in a vague prophetic way, so our heroes better get there stuff in gear and start finding the relics of the gods if they want to survive the coming apocalypse. Of course, non-believers, monsters, and the general harshness of the world around you will try and stop you. OGAR is different from most games in two major ways

2. Death is always optional. Pcs who face death can opt to be killed, or opt to survive, and take something called a "macula" which is similar to a tag in fate

The core mechanic is a d12 poll. 7 and over on the d12 count as a success. 12s count as a success plus a reroll. All rolls are opposed, so to endure the wind, the Pc might fall back on his Joy for life, and the GM might roll the Indifference of nature.

Next time on On Gods and Relics, we look at classes, aka why you shouldn't stand so close berzerker

Last time I promised classes, but I'gonna take us on a detour for 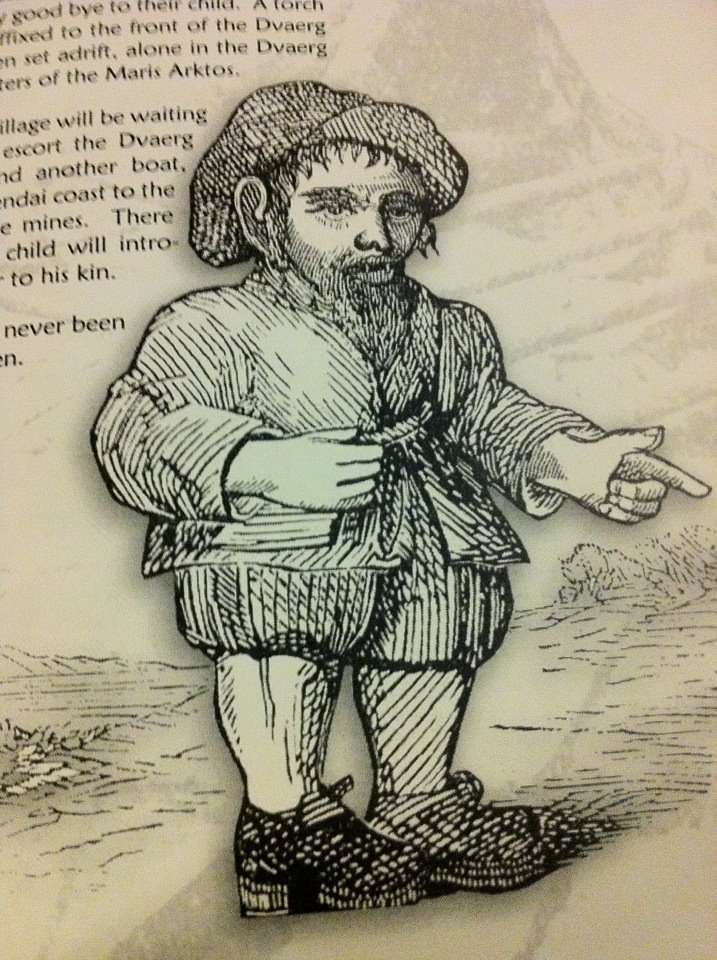 Classes
There are 4 classes you can be in OGAR

Warriors are bad ass Vikings. Warriors have the ability to swear an oath every session. The oath forms a new dice pool that can only be used to fulfill that oath. The oath can be anything, be it long term or short term, but you can only have one at a time. "Upon the blood of my ancestors, I will kill you tonight" or "As long as your family lives, I will see they come to no harm" both work.

Berserkers are fighters that can enrage at any moment and kill everything. Beserkers have another "beserker" pool, which can be as high as 10 (while all other pools can only be as high as 6). To use the berserker pool, the beserker has to go berserk, which means he fights till he dies or everyone around him/her else is dead. This can be a liability to his companions, but there are ways to get out of the way.

Skalds are bard like chroniclers of legend. By narrating a legend to inspire his companions, the Skald creates a pool of bonus dice the other characters can use. If you like making up legends on the fly, this is the class for you.

Runemasters carve runes into wood, rock, or flesh. Runemasters create runes which are a word or a very short phrase. Pcs can use the rune to get bonus dice tasks that the word or phrase apply to. The runecaster could carve the "Courage" rune into a fort, to boost the courage of those defending the fort.


Next time - I'll create a character, maybe I'll talk about these Relics

The rulebook defines 6 steps. Really there's only 4 but lets do this!

So earlier I said you roll for the why you do things, not the how, and your stats reflect that. I'm going to want to play a hyper-violent viking, who has a softer side, but is very traditional. I'll pick Honor, Dogma, Ancestry, and Joy as my four stats. Now I assign 6 through 3 to each

I'll be a badass Dvaerg Fodt.

Step 3 Choose a class
I'm going to choose Berserker, because flipping out is what Vikings do. I'll have to reduce one of my stats in 2:1 ratio to form my berserker stat. I'll choose Honor. Now my stats are

Step 4 Choose a name
Bjorn Rageiron is probably a good name for a Dwarf beserker.

Step 5 "Develop your character though the mundane"
Basically say what your character does on a normal day. I'll say Bjorn eats a dozen eggs and then fights with his 12 viking siblings.

Next time - I'll get to relics and potestas and macula

Hey Palm Bay/Melbourne buddy! I know Eric and Brent, great guys. I remember almost a decade ago when Eric came up with the d12 system and was running playtest games.


Cool! I tend to hang out at Dogs of War when I game in public

So Relics must be an important part of this game, since its in the title. Relics are similar to artifacts in D&D. They are powerful things passed down from the gods that can do powerful things.

Relics have stats like players, except they tend to have stats named things like "Hatred", "Conquest" or "Vanity" along with stats that a player might have. Relics also can try and force their owners to act in a way their owners might not find particularly advantageous. Happening upon a peaceful village would be a bad time to fail the roll and be filled with the lust for conquest (actually this sounds awesome).

Relics gain strength over time, so it gets harder and harder to resist, but then they also are more useful. Relics also tend to attract followers, who are NPCs who follow you around because you are the holder of the relic. These followers will follow your orders and generally be helpful. Except they are on the side of the relic when it tries to get you to conquer that village. So instead of you and relic butting heads, you'll be surrounded by an angry mob, chanting for blood, while trying to remain calm.

Macula are the opposite of Potestas. Macula are generally acquired by taking enough wounds to die. Then your presented with a choice. Either die, or don't die, and come back with a macula

And thats Of Gods and Relics. If people have specific questions, I can answer them