Fantasy Games Unlimited was founded in 1975, and acted as a publishing house for tabletop RPGs and board games. According to Wikipedia, they had no in-house design team, and relied on outside talent. They released Aftermath! in 1981, and was dissolved in 1991 for not paying their taxes. In 2006, a website with the company name appeared online, selling PDFs of the old catalogue, and releasing more Aftermath! suppliments.

It's your typical RPG introduction, defining what a fantasy role playing game is (in this case, defining fantasy as basically just any setting that leaves the dull workday world behind), makes refrences to several of Fantasy Games Unlimited other products without saying the actual names, defines the roll of Gamesmaster and players, covers what the different dice type are, ect. Rather dry, but it gets the job done without being patronizing about it.

At the end, it talks about conventions used in the text, like (up), (down) or (nearest) to determine how a number should be rounded if it's not a whole number, and finishes by saying that you shouldn't try to absorb all the rules at once, but to skim it first, and then read through it. Fuck that! That means spending more time reading this, and less time reading something good.

I found a PDF rewrite of the character sheet here . From what I remember, it's pretty accurate. Note the thirty-point hit location chart right in the middle; that thing is on your character sheet for a reason.


Eeeeyup, that's the character sheet I have. Just putting it here so people don't overlook it. 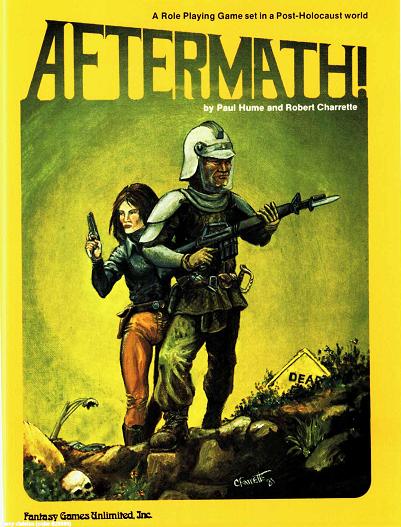 There are six attributes, ranging from 1 to 40 for humans without outside aid. Players are given a pool of points to buy their Attributes with on a 1-to-1 rate. The "mythical average man" would have scores of 10-12 in each stat. Attributes fall into groups that determine what die you use for relevant tests. Simple enough.

The six attributes are Wit, Will, Strength, Deftness, Speed, and Health. Wit and Will are mental stats, the rest are physical. As you take damage, they go down. At 50% health, you suffer a 25% penalty to Deftness and Speed. At 25%, you suffer a 50% penalty to both.

Wit - It is NOT a measure of your character's intelligence. That depends on the actual player. Wit instead determines how well your character learns new skills, interpret things out of the ordinary and your ability to discover hidden things.

Will - Will determines how strong your mind is. It acts like the Health stat for your brain.

Strength - How strong you are. Also lets you know how much recoil a gun can have before you start to suffer loss of your Basic Chance of Success (BCS). Weapon damage is calculated by rolling the Effect die and multiplying by the damage multiplier of the weapon. It then talks about "Weapons Use"... I'll... I'll let it speak for itself 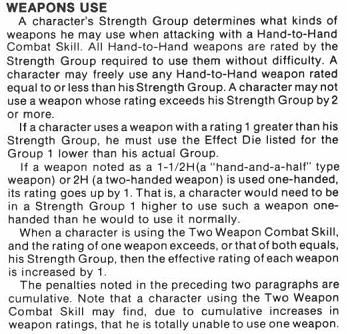 Looking in the second book for weapon stats, that means Joe Average would have trouble swinging a fireaxe, and a longsword is right out of the picture. I'm going to spoil something right now from the second book: Damage multipliers are not high. Joe Average, armed with a fireaxe, would do 1D3 x 1.8 potential damage. With a handaxe? 1D6 x 1.3 potential damage. For reference, the lowest damage a single shot from a pistol? 1D10, and that's for everything from 6.35mm to 9mm, to 38 long rounds. And this is only the potential damage, which armor subtracts from.

Health - Determines how healthy you are. Your healing rate is equal to your Health Group number.

Deftness - Reaction time, manual dexterity, ect. Nice to see it seperate from Speed. Your Deftness Group determines the maximum number of actions you can take in a combat turn. 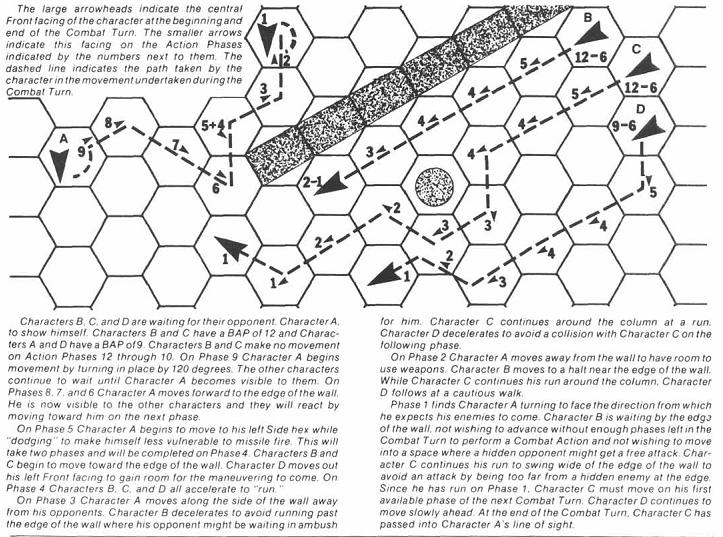 Next time on Aftermath! Talents and Skills!