DISCLAIMER: I haven't actually played this game. I only own some books because they are neat. 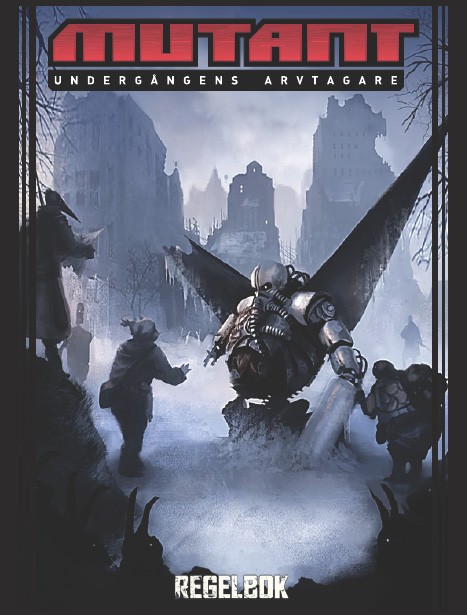 Sometime in the distant past a terrible monster named Mars was gripped by fury and hurled vast boulders down onto the world. Civilisation struck back and in the war that followed every manner of horror was unleashed upon humanity. The few that survived did so by hiding in enclaves deep under the earth, for nobody knows how long. When people started to emerge they found the surface world to be nearly completely alien to them. Resources were scarce and not all enclaves felt like sharing. They sent out great armies of machines to conquer what was left of the lands. This did not end well. The enclaves fell and survivors were scattered to the winds. Nothing is known of the time after this because there was no one to keep records.

Eventually, however, people banded together in growing numbers and began to found cities and strongholds. Two hundred years ago the greatest of these nation-states, the Pyrian Society, was founded in what was once central Scandinavia. It is composed of loosely connected cities held together by sheer luck, the common economic interests of the bourgeois and (of course) the Emperor's armies. Not all are fit for a society so plagued with tensions and the desperate or foolish seek out the lands beyond the new civilisation, into the borders of the Zones, where the ruins of the ancestors promise as much riches as it does dangers.

And that is the premise of Mutant: Undergångens Arvtagare (the Heirs of the Ruin), a Swedish post-post-apocalyptic RPG set in, well, Scandinavia. This was actually originally released in 1984 but got a big ole update in 2001-2008. It's pretty much a Swedish Fallout without the 1950's thing. There's a strong STALKER vibe as well.

So, what do you do in this game? The most obvious thing is to band together and hunt for treasure in the wilderness. The game provides you with plenty material to justify exactly why your mutant, human or robot would be dumb enough to go there. You can throw in any get-rich-quick-scheme cliché and it'll work splendidly. Another thing you can do is engage in political intrigue in the city or bumble around in its underworld. There are also a couple of adventure modules that explore things like the north-western coastal lands or the machine-worshipping biker gangs of the central plains.

You can be one of three different classes:

Non-mutated human: Descendants of those who hid into the enclaves. They've inherited great wealth and power and mostly want it to remain that way. They are largely not too keen on mutants. All humans receive additional skill levels in their abilities to represent coming from a wealthier background that could afford good education and training. They also have access to a list of special talents like having a regular income, a good reputation or an old friend who can show up to save your ass.

Mutants!: What the game is named after. It's really not sure where all of them originally come from. Some resemble animals, some are nearly human and others look like nothing else. Mutants make up the majority of the population and come from all sorts of social backgrounds. In the cities, though, they mostly make up the underclass. Whether you're a mutated human or animal, you have special access to a list of mutations at character creation. Little wonder, really. They can be anything from a tough hide, multiple brains or limbs, photosynthesis, magnetism or the ability to extract nutrients out of cellulose.

There are also the psi mutants. They don't have the common mutations but they do have psychic powers! Suggestion, domination, telekinesis, combustion, weather manipulation. Really quite dramatic stuff. They're rare and the secret police doesn't want them to really stay alive or anything so psi mutants tend to be hidden and shifty people. That the most well known organisation associated with them is a terrorist organisation doesn't help much.

Robots: Built long before the catastrophes, robots are quite the special part of society. Most people have seen one but they're not too into the whole social interaction deal. The ones that you can play as were built for minor security work, laboratory research, archival work or sometimes entertainment. Other than the last group, robots are obviously non-human and overly literal. Robots are generally polite and helpful to the point of being annoying. Unless you at character creation specifically purchase options that change this, they are all governed by the Three Laws (obvious mutants can suck it, though). Since they're machines they can be repaired and are immune to mental domination, poison gases, things that suck blood and so on. They're handy to have around.

You also have prior occupations such as hunter, lawman, worker, farmer, scholar, mechanic and so on.


This game has a somewhat special sort of humour, mostly born from that we all know what a VCR is and don't consider canned food to be a truly impressive technological innovation. For example, there's a little blurb about a farmer mistaking an ancient land mine for a fertiliser device.

I would post more art but I haven't found any of the black and white illustrations inside the books themselves yet.

Later on I guess I'll do a run through of character creation and get to grips with the system itself. 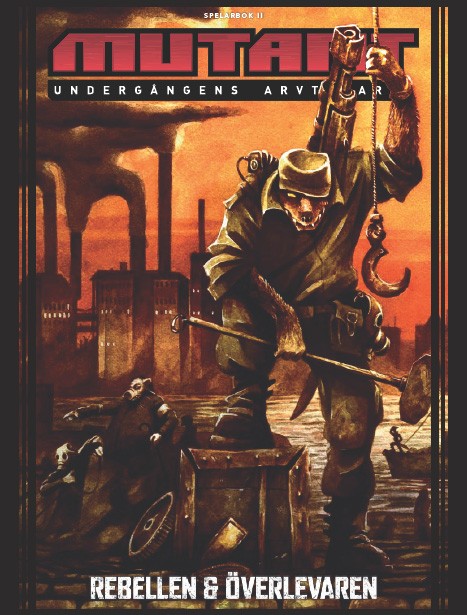 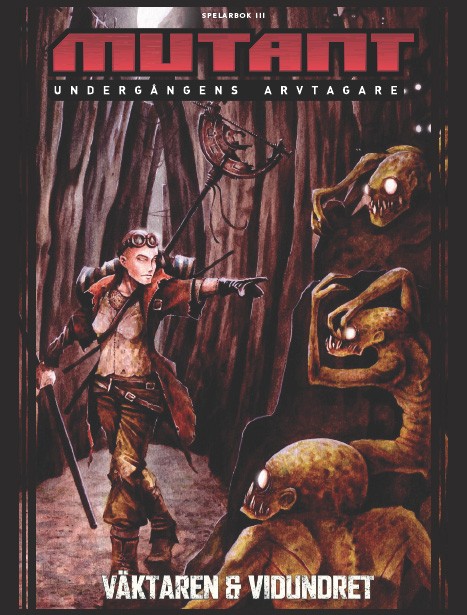 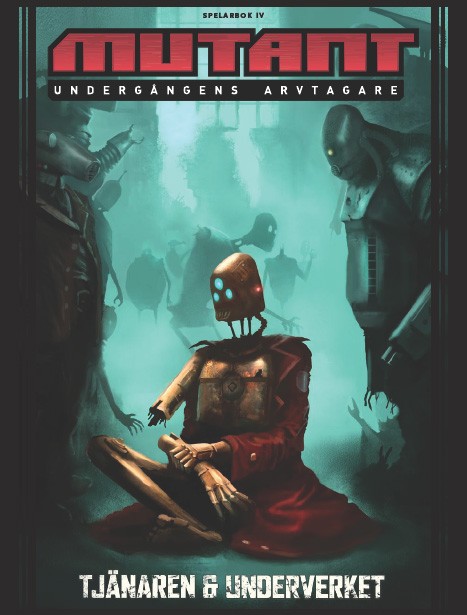