"Another great example of the Coalition's scheming and manipulation." 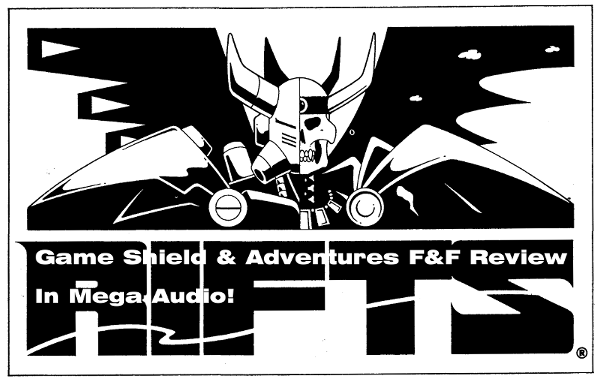 The definition of “inconsequential”, this book is a side effect of doing every Rifts book in order. Usually I do it because Rifts is always back-referential to any and all books in its line, but you might enjoy this side trip of Palladium adventures. Also, every time I mention "pee-cee" that refers to Player Characters, of course, not Personal Computers. Also, I'm not sure my sarcasm about a certain line about women entirely came across in my tone, so I'm raising a

in advance. It's probably clear, but better safe than stupid given the state of things here in America. (It's not great.)

It’s a short book that should be a short review. While I consider the dearth of meaning in existence that leads to reviews like this, you can download part one here, and check out the visual companion below. Enjoy what Rifts considers "non-linear" adventuring! 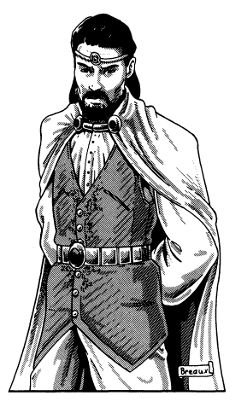 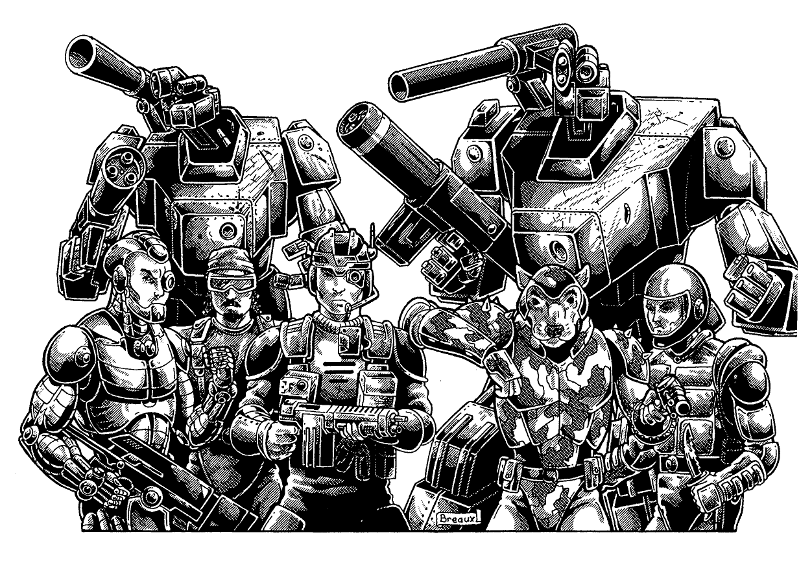 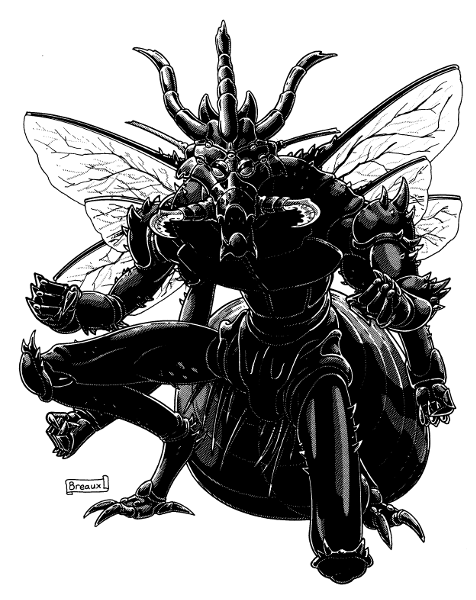 New art for the "City Chicks".

Next: Nothing you do really matters. Not really.

"Even if the player characters should fail to destroy the spore weapons, either Doctor Krug uses his plasma grenade to incinerate the ZK-12 canisters and remaining Death Flower plants, research notes and himself, if need be, or the Coalition nukes the base!"

Rifts Game Shield & Rifts Adventure Book: Part 2 - "Even if the player characters should fail to destroy the spore weapons, either Doctor Krug uses his plasma grenade to incinerate the ZK-12 canisters and remaining Death Flower plants, research notes and himself, if need be, or the Coalition nukes the base!"

It's time to conclude the main adventure in there with a lesson that no matter how hard players struggle to do good in the world, Siembieda is there to provide the stunning conclusion that nothing they did mattered.

Upon review of the review, you may wonder what the Coalition attack on the Zick-Tick-Icks in Part 1 was all about. Nothing having to do with the plot, seemingly, but just stirring up the bugs to make trouble for Tolkeen. But how did they have the chemical weapon they used?

I suspect a rewrite may have happened at some point (maybe the Coalition were the original villains) or that plot thread was just forgotten. Enough with minutae on top of minutae, though, you can listen to part 2 of the review here. The visual companion is below, and if you think the review's a bit plain so far, it's nothing but exasperation from here on out. So look forward to that! 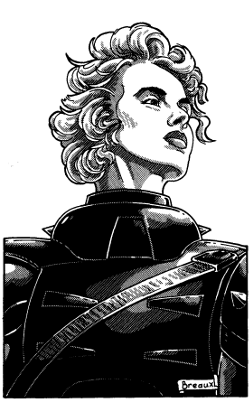 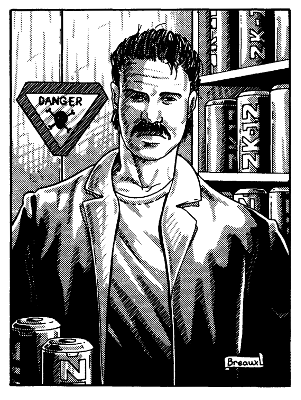 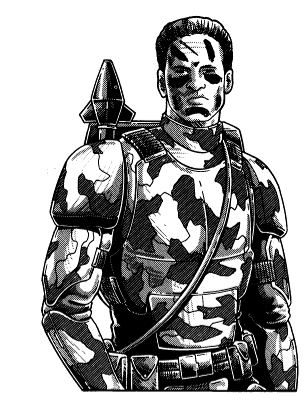 Next: So, you just buy every Rifts book that comes out, right...?

"76-00 Aeshma appears with a Baal-rog, two Gargoyles and an Alu demon."

I use the term "gee-em-pee-cee" a lot in this, by which I refer to GameMaster Player Characters, the somewhat faulty tendency for some GMs to think they can have their own "player character" in the game to join in with the other players. This is faulty because A) they have all the power in most games so they're mostly playing with themselves, and B) every character that isn't played by a player is a "gamemaster character" for them to have fun with anyway. The characters presented in this adventure aren't, strictly speaking, GMPCs since they come with the adventure and aren't created by the GM running it... but they certainly feel like them. Maybe they're GDPCs instead... Game Designer Player Characters.

You may or may not want to refresh yourself on Armageddon Unlimited from Rifts Mercenaries, as I give them a quick overview but don't go into full details. After that, you can listen to part 3 of the review here. And then you can shake your head sadly, I bet you are, don't even pretend.

I realize I probably mispronounced Gallienius's name and I don't even care! Visual companion! 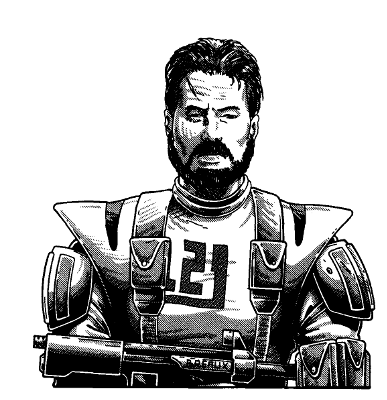 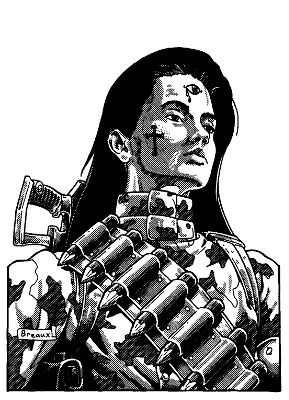 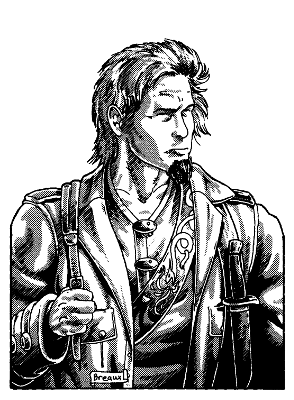 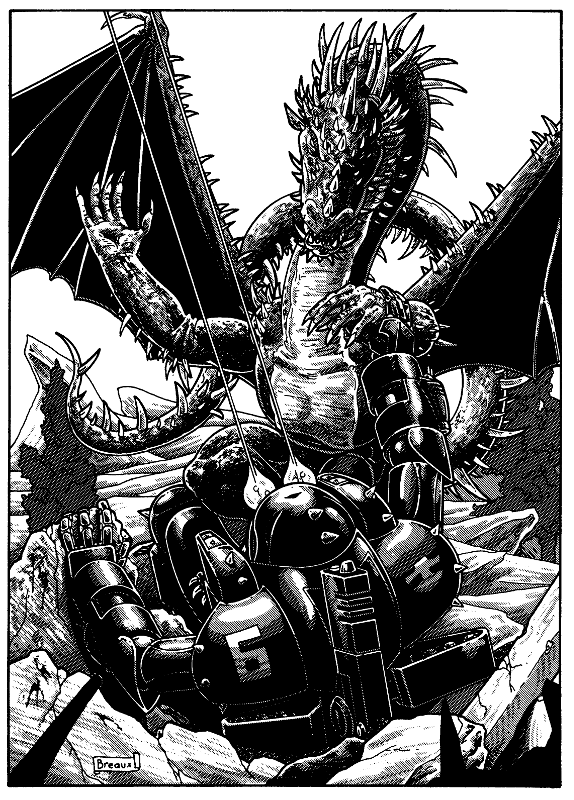 This never happens in the actual adventure.

Next: Fishing for gullible players.

"The giggling children hand plastic rings with handles to any who want to make bubbles."

So, I somehow missed one of the Hook, Link, Sinker Adventure seeds in the audio review, so I'll just write it up here as a preview. It's not a mistake, it's bonus content! 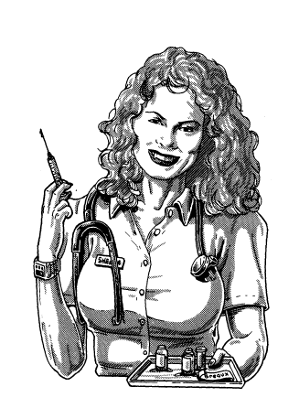 "My name is Nadia Vampeer."

Angels of Mercy
By Kevin Siembieda

So, the player characters show up at a village decimated by bandits, but thankfully, there's a medical crew already present! Given the lack of basic human services in Rifts, they might find this suspicious, but people will refuse any assistance. Then, a child runs up to the player characters and explodes!... I kid, he shouts that the doctors and nurses "aren't human They're monsters!!" A "beautiful human or elf nurse" will reassure the players that the child's just taken a blow to the head and if the PCs do any sort of magical or psionic probing they can find out that the "beauty is evil and not human". Specifically the, the so-called medical professionals are really just vampires that use their cover to kidnap and feed on people. They're more or less in for a fight unless they just hand the kid over and walk away, like you do!

What, another gotcha adventure hook? You just can't trust a random beautiful nurse in the dangerous world of Rifts! This is probably the best part of the review as we get into the Hook, Line, Fuck You PCs Sinker adventures - and you can listen to part 4 of the review here. And if you just want the complete audio portion of the review, you can download parts 1 through 4 here. And that's all for the Rifts Game Shield and Adventures! I did mention it'd be short. For me. So, like, around an hour?

Time for the visual companion and the exciting conclusion! 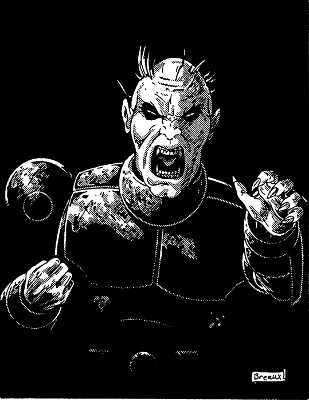 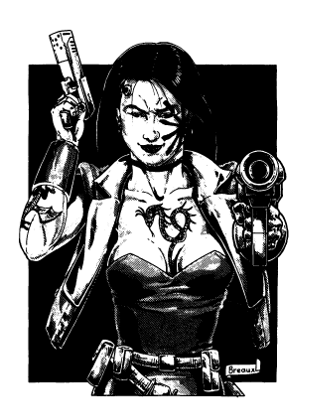 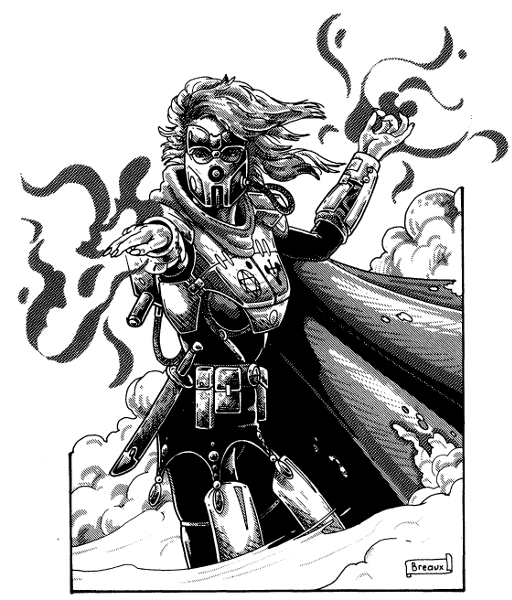 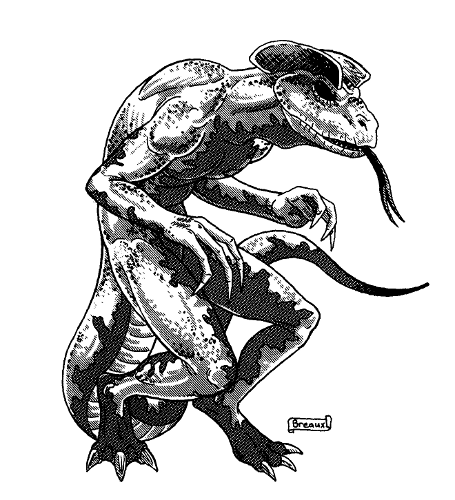 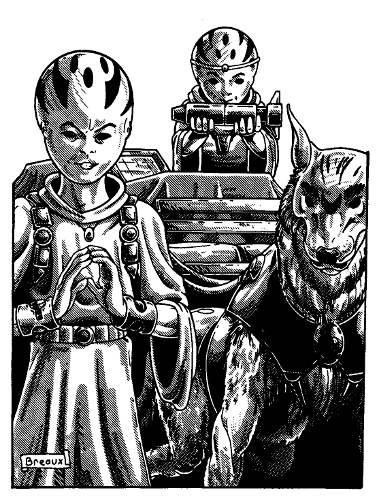 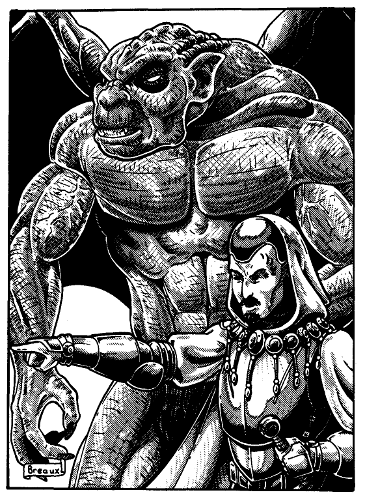 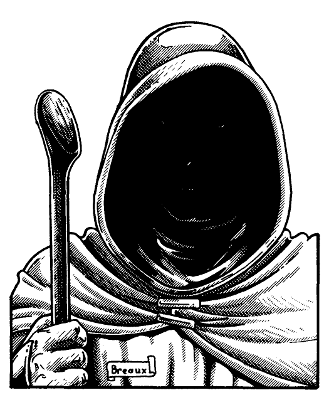 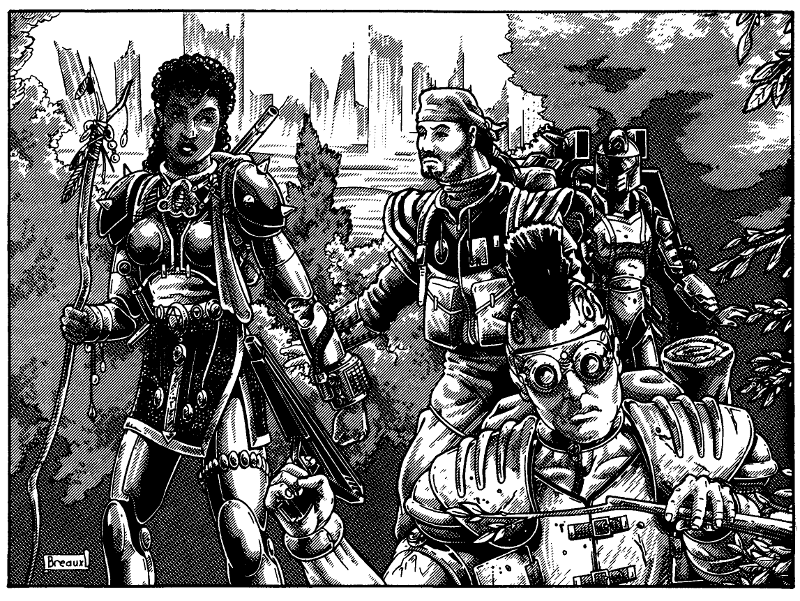 "The Diner"? "Seeds"? I don't even know what's being illustrated here. 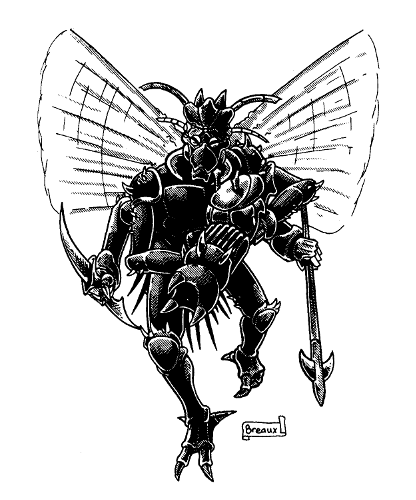 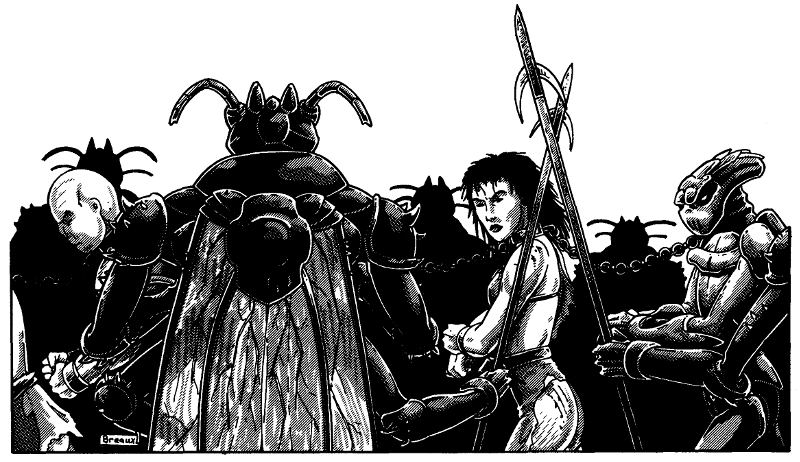